The deadline to submit applications for the Spring 2022 season is October 15, 2021

The Wayfinding Commission has the following duties and powers:

Meetings are the first Wednesday of the month at 12:15 p.m. in the City Hall 3rd Floor AV Room unless otherwise noted.

In 2003, the Mayor and City Council created a Wayfinding Commission and charged that commission with creating a uniform and professional wayfinding and signage program for the city and adjoining areas.

The commission was charged with establishing guidelines for existing banner programs and creating opportunities for exciting new banner programs for community neighborhoods and events.

Currently, there are three such banner programs; Horizontal Street Banners, the Vertical Special Event Banners and the Vertical District Banners.

The banner program is not available for commercial use and may not be political or religious in subject matter.

In the city of Charleston, there are opportunities for street banners which hang across all lanes of traffic. These banner locations may be used for the promotion of charitable and non-profit events around the city. The banners hang from Monday to Monday and can be reserved for a maximum of two weeks. Currently, there are four such locations:

The deadline to submit applications for the Spring 2022 season is October 15, 2021

Special event or festival banners are designed to promote major city-sponsored, outdoor events that last for two days or more, including Live on the Levee, FestivALL, Regatta and the Charleston Boulevard Rod Run and Doo Wop. The banners are hung in and around downtown Charleston with the production cost paid for by the event planning committees. For the most part, the banners are attached to traffic light poles at intersections, although a few are on utility or street light poles.

The Charleston Wayfinding Commission provides for the banner installation hardware. The City of Charleston’s traffic engineers install the banners.

To date, two sets of banners have been identified for use by the major Charleston-sponsored events:

Set A: Live on the Levee (May – August), followed by Charleston Rod Run (September – October)

Other groups, with events that meet the criteria, may apply to the Wayfinding Commission to be included in these sets outside the times already committed or to see if a Set C should be established at other available locations. 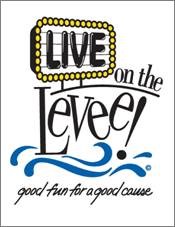 Various districts may participate in the vertical banner program by completing the application process.

Representatives from the group requesting the banners must appear before the Wayfinding Commission prepared to make a presentation on their banner request.

All applications should be submitted to the City Clerk’s Office.