Charleston Mayor Danny Jones announced that he will be recommending that City Council elect Charles R. ?Rusty? Webb to replace John Miller to represent the 17th Ward on City Council.

Webb is a lawyer in Charleston who represented Kanawha County for four terms (eight years) in the West Virginia House of Delegates.  He serves on the board of commissioners of the Charleston Urban Renewal Authority (CURA) and has invested in several properties in the city.  He also is a frequent and regular co-host on the Mayor?s morning radio talk show, ?58 Live? on WCHS radio.  The Mayor announced his recommendation on the show this morning and said that Council President Tom Lane will formally nominate Webb for the position next week.

?From his experience with the Legislature, Rusty understands public service, and from his experience with CURA, he has a solid understanding of issues facing our city ? especially in terms of economic and community development,? Mayor Danny Jones said.  ?I know from our conversations on the air ? and off ? he shares my passion for making Charleston a more attractive place for residents, visitors, businesses and young people.?

Councilman Miller resigned yesterday, citing health issues.  At the next meeting of City Council on Tuesday, January 17, the Council will vote to fill the unexpired term, which ends following the next city election in November 2018. 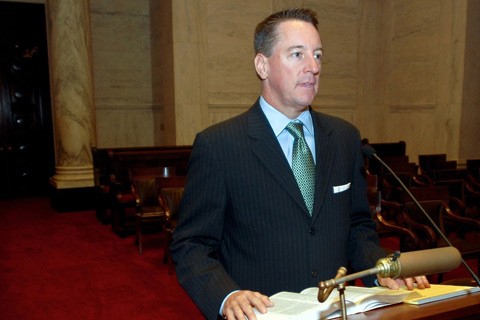